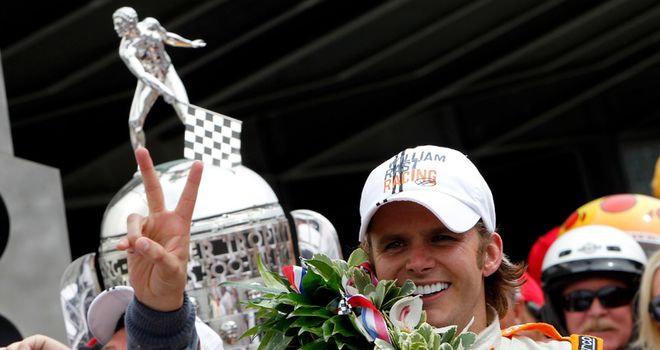 Wander over to http://www.facebook.com/PixelDreamsGP2 and click "Like" for updates and screenshots from the world of PixelDreams!
Top

We can also start a R.I.P. topic to remember the celebrities who have passed away....

Stupid American marshalls, shame on them.

I could not believe it when I've learned it this morning. That's terrible ...

I was watching live in online TV streaming of ABC, I became shocked when I saw that lot of cars flying and crashing. There was many years since the last real Big One in Indy racing (I remember Atlanta 2001, when several cars crashed, some flights, fire, but no one injuried). My first concern was about the drivers, a brief moment of tremendous concerning about someone die in that. During the rescue, and the news about the drivers' involvements, I saw some images of a very low car, with no more Anti Roll Bar behind the cockpit, and after some minutes the same car was covered by a yellow mantle.

When I heard about Dan Wheldon's rescue, about his lifting by helicopter to the hospital, I tought the worst... But I was praying, and believing about a recovery. There was a lot of injuried drivers who recover from tremendous crashes in the last decade, like Kenny Brack, Ryan Briscoe, Mike Conway. But this time, no... around 2 hours after the crash was announced his passing away.

Right now it's no moment to find a guilty about this tragedy. High speed races is really dangerous, oval races is dangerous. But also is dangerous drive your car in a road with no lights during the night with a lot of big trucks around you. Your car maybe isn't safe enough for some types of crashes with trucks, or if you drive it about 120 km/h in a non-suitable road. Anyone can die suddenly in some moment. The racing drivers also, even with all the safety improvements did in the last 40 years in the sport.

It's fact some dangerous aspects of that tragedy of last Sunday. Las Vegas Motor Speedway was never used by a open-wheel car since his refurbishment in 2006, when the track got high banks in the turns, and last Thursday the IndyCars was running at 224 mph (360 km/h) average speed, and the pole was set in 222 mph (357 km/h). This year in other ovals the speed averages was slower than Vegas; in Kentucky the pole was set at 219 mph (352 km/h), in Texas the pole was 215 mph (346 km/h) in speed averages. Only Indianapolis was faster than Las Vegas, with a pole in 227 mph (366 km/h) in 4-laps speed average.

Even with the high speeds of Las Vegas, a field with 34 cars could be no suitable for this kind of racing. In this field, there was some drivers with no enough experience in high-speed ovals racing with so many cars in so many fast track. The tragedy starts when Wade Cunningham (in his 3rd IndyCar start) and James Hinchcliffe (in his 16th IndyCart start) had a little contact. After that, J.R.Hildebrand (19th IndyCar start) climbed over Cunningham's car, and make the drivers behind to break hard to avoid a crash, but their position in the track let them to be in dependence of good (or bad) lucky. The drivers has no fault in it, maybe the fault is from the situation in which they was, that makes potential for a tragedy.

There was too many cars for too many speed with some drivers too many unexperienced.

It's no fault of oval racing. That kind of racing is part of motorsports for more than a century, and will go on for many centuries!
The cars needs to be more suitable for the ovals. The speed needs to be suitable for each kind of oval. The drivers needs to be more experienced to drive in some kind of ovals. Maybe the 2012 car needs to be more stronger yet, and it will have back bumpers to prevent wheel-to-wheel contact. But even the 2012 car could not prevent a driver death if it lands in the fence after a flight in high-speed with the driver side for the fence...
But that car will have back bumpers, to prevent flights. It's a improvement.

Dan Wheldon hadn't the lucky of fellow drivers who crashed in fences after flights in high-speed, like Kenny Brack, Ryan Briscoe and Mike Conway. The Wheldon's bad lucky was his car angle in the crash: The crash happens with his top for the fence, and destroyed all the top and the anti-roll bar.
Brack, Briscoe and Conway had better lucky, because their cars crashed in the fence in a better angle, with the car's nose in the fence (Brack and Briscoe), or the rear in the fence (Conway).

I read about some commentaries from Nigel Mansell about Formula 1 safety standards, which could be an example for IndyCar. But it no works so simple, because there is no oval racing in Formula 1, so, the speeds are slower. But even if we thinks about a accident in Formula One in which one car contacts with other and fly in the end of a long straight (Monza, Barcelona, Abu Dhabi, Yeongam), with more than 310 km/h in the air, and crashed in the fence beside the track in the worst angle possible: with the top and anti-roll bar FOR the fence...Can the driver survive? Maybe no...

This last weekend Vitaly Petrov hit Michael Schumacher's car in the end of Yeongam long straight, and if in the crash Petrov's car fly and lands about 300 km/h in the fence with the top of his Lotus-Renault for the fence? Remember about the fence in Yeongam straight is very next from the track.
Even Formula One is not free from risks of a fatal crash.

I was a fan of Dan Wheldon. I remember his career since his first complete IndyCar season (2003, at Andretti-Green), his first wins in 2004, his friendship with Tony Kanaan, his funny knowledgement of bad language in Portuguese (!), his charisma, his first Indy500 win celebrating with donuts after overtakes Danica in the last laps, his IndyCar championship clinched in 2005, his years in Chip Ganassi Racing and Panther Racing, and the epic win last May in the centennial Indianapolis 500, all the media exposure after it with interviews, comments in american TV, testing the 2012 IndyCar... All this memories will be with me forever. And with his fans around the World.

Maybe it's the destiny...

Spectacular and even fatal crashes are a part of motorsports, although the cars became safer and safer during the last years, motorsport is a very dagerous, but also very interesting sport.
Top

Exactly. It will always have an element of danger, but everyone involved knows and accepts those risks. That's why we love it.
Wander over to http://www.facebook.com/PixelDreamsGP2 and click "Like" for updates and screenshots from the world of PixelDreams!
Top

This is yet another tragic reminder of how dangerous our favourite sport can be. And yet the first thing that I was thinking about when I watched recorded footage of the crash was: This could yet have turned out worse than it did.

There will, of course, be many factors that will be analysed and discussed about why this crash happened and turned out the way it did: The single driver's error that causes a chain reaction, the speeds, the numbers of cars, the dangers of a car getting airborne and somehow hitting the fence... and at the same time, even understanding why it happened won't undo the outcome of the accident - and ultimately, anyone who knows the history and understands the nature of racing could quote this certain TV show that ended a few years ago, where characters used to more or less ominously say "All of this has happened before and all of it will happen again". And once again, people can't help but face the fact that there's no such thing as absolute safety - you can just try to do the best you can and, one day, that won't have been enough to prevent this kind of loss.
1996 .. 2017 .. 21 years and counting ..
Top

If I could huge to all of DanÂ´s family for support, I would. But I canÂ´t and all I can do is post this little messagge for him and all of the drivers who lost their lives in this sport that all of us we love. RIP for Dan and for all of the others. They wonÂ´t be forgotten.